MISSION STATEMENT
herARTS in Action is a 501c3 nonprofit founded in 2011, awarded status in 2014, and in 2018 obtained NGO status in Burkina Faso. The mission of herARTS in Action is to produce and sell artwork that educates on global topics, creates social change, and in turn, funds sustainability projects in Burkina Faso and Sierra Leone and access to the visual arts in Minnesota for those who are marginalized. The vision is that herARTS in Action contributes to 1) sustainable socioeconomic status, including education, employment, and health, for the women and children of Burkina Faso based on the stated need and desires of the people and in a manner respectful of the culture, 2) the attainment of art skills and experiences in Minnesota, and 3) educational success for children in Sierra Leone.

HISTORY
Our founder Sarah Drake took her first trip to the African continent in the summer of 2011. The women and children in the village of Tiebele, Burkina Faso, West Africa inspired Sarah to collaborate with them to fundraise for projects that will lead to health, education, and sustainable economic status. Using her artwork as an education tool and fundraiser, she went on to create herARTS in Action when she returned to the United States because existing organizations were not working in that region. The money raised by selling her art, plus fundraisers, fund access to clean water, sanitation and education in Burkina Faso and the visual arts in Minnesota. 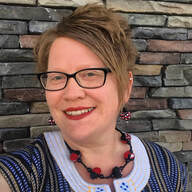 Sarah Drake
Founder & CEO of herARTS in Action, Artist in Action
Sarah is an artist, activist, and advocate. She has exhibited her artwork internationally, earned multiple awards, and has a piece in the permanent collection at the Marina Tsvetaeva Museum and Cultural Center in Moscow. In addition to art, Sarah has worked for many years in the nonprofit sector on human rights, immigration, diversity, and inclusion, all of which was enhanced by an Upper Midwest Human Rights Fellowship earlier in her career. She has a Master’s of Science degree in Social Responsibility and an undergraduate degree in Ethnic Studies and Geography, both from St. Cloud State University. She is currently the Chair of the Dexter R. Stanton MLK Art & Essay Contest.

Sandrine Kaba
In-Country Coordinator
Sandrine is an entrepreneur from Tiebele, Burkina Faso. During Sarah's first trip to Burkina Faso, Sandrine was recommended as an interpreter because she is from Tiebele. Since that first meeting, she's been dedicated to helping herARTS in Action achieve their goals. By being the go-to person for the organization in Burkina Faso, Sandrine has built her leadership skills and been empowered in her own country. When asked why she is volunteering her time for the projects, she said if she has the ability to help even one person, then she needs to help. 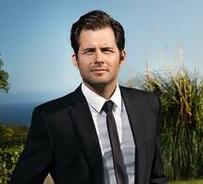 Kristoffer Polaha
Ambassador & Advocate, Champion of Action through the Arts, Champion for women and children's education and health through access to clean water
When asked, Why herARTS in Action? Why water? Kristoffer replied: "I was on Twitter one day last year [2015] where herARTS in Action reached out to me and I was impressed with the heart of the organization. Sarah Drake's personal testimony and how simple the solution to the water problem in Africa is made herARTS in Action so compelling that it forced me to action. To me, the most compelling aspect of herARTS in Action is how it seeks to use the power of art to affect change in the world. As an artist, that's a huge idea."